an international tv project: the media artist kriesche took up the position of a newsreader on yugoslavian television. superimpositions and split images juxtaposed the news of the previous day from austria with that day’s yugoslavian news. the border between the countries both continued onto the television screen and was eliminated at the same time. The global flow of information, on the basis of the same global technology, diminished the borders between the countries, their ideologies and their different information.
this break-up/erosion of borders became apparent in the artist-moderator. the artist’s message confronts this collective expression of images. it is the message of electronic background on which the arbitrary forms and/or news/information appear. the artist’s message consists in the opening up of limitations and borders. to quote kriesche: “as the artist sees through the collective expression of images, so the viewers see, in that the artist sees nothing.” (while the artist is reading out this text he paints a vertical line in blue over his forehead, nose and mouth, and paints his eyes shut with a horizontal line. in the video zoom onto the painted cross on the artist’s face, the previous news become visible again). 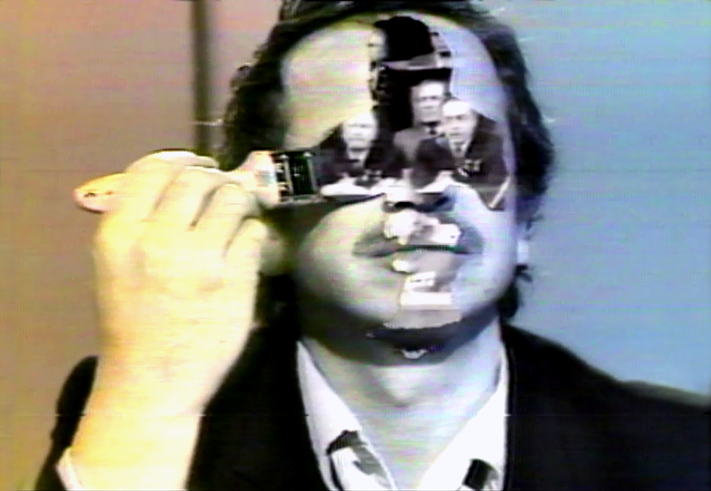 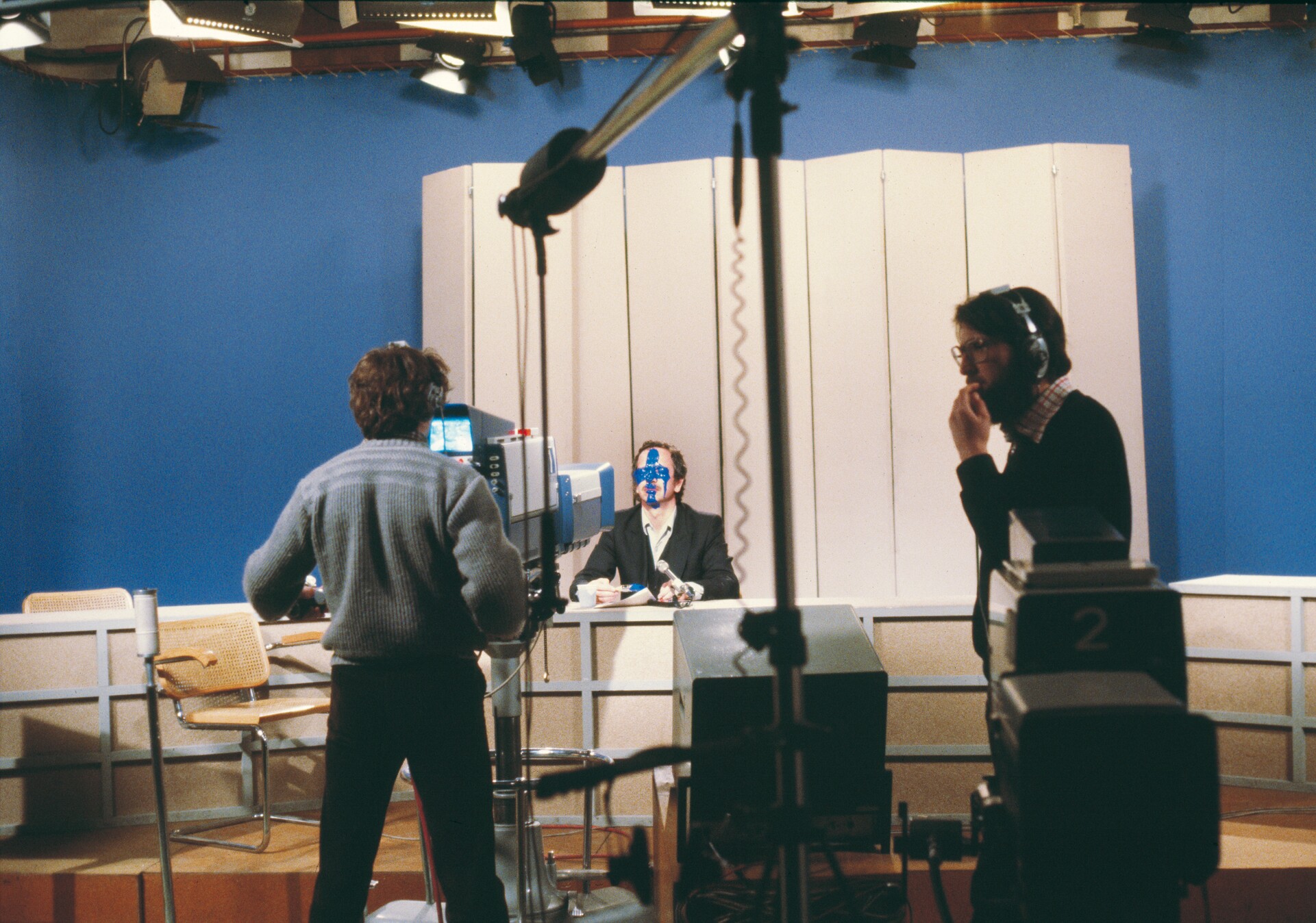