the installation consisted of two video systems in two separated spaces (action space – the artist and his assistant / transmission space – the public). in the action space, the artist and his assistant were recorded on camera 1 and transmitted to monitor 1, camera 2 recorded the image of monitor 1 and transmitted this image to monitor 2 in the transmission space. during this demonstration the assistant pointed his gun at monitor 1 and shot it, and a text relating to the action was read out. the destruction of the media reality on screen 1 produced the media reality on screen 2.
the use of two cameras and two monitors led to the overlapping of actual and media reality, production and reproduction were simultaneously conflated 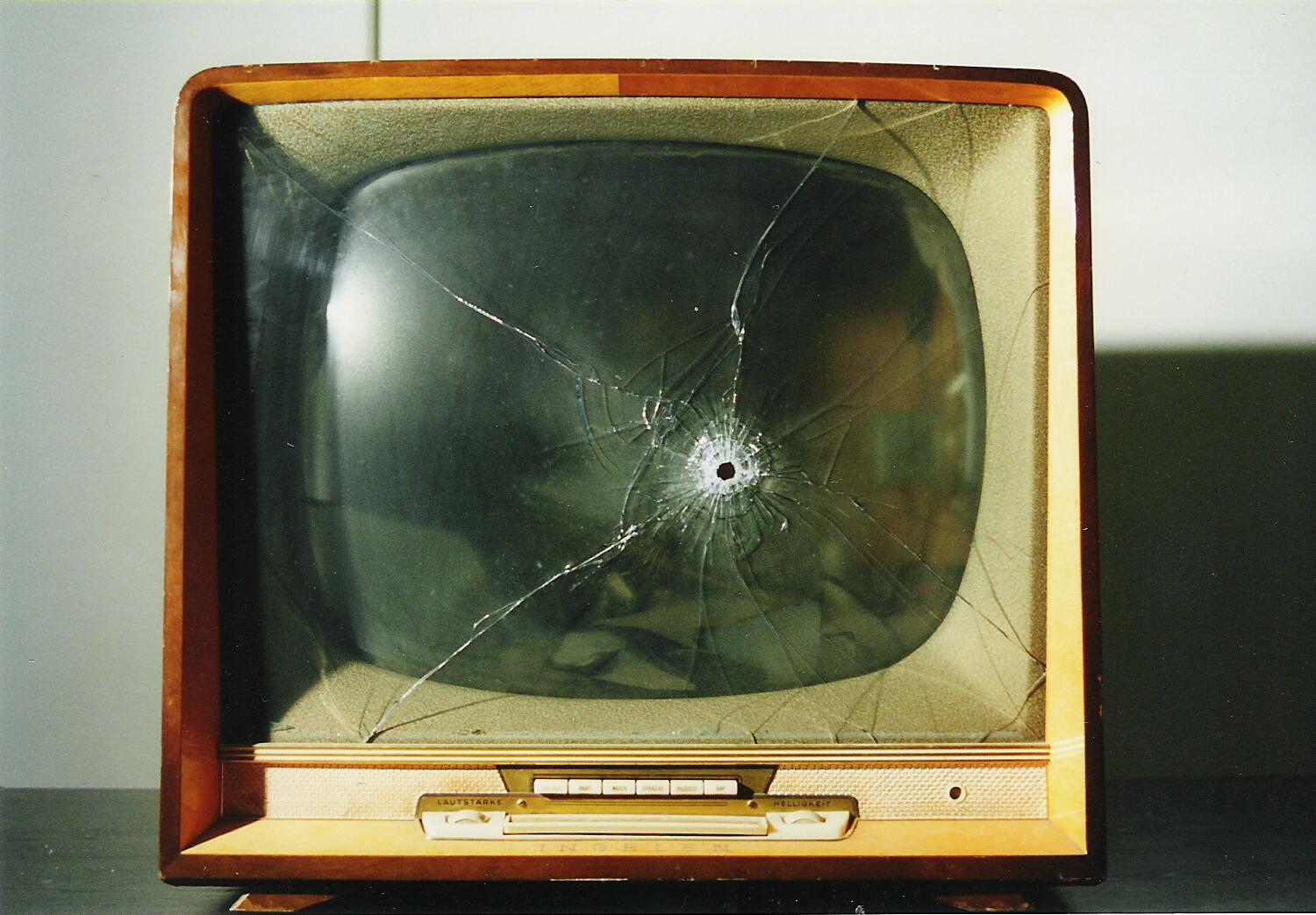 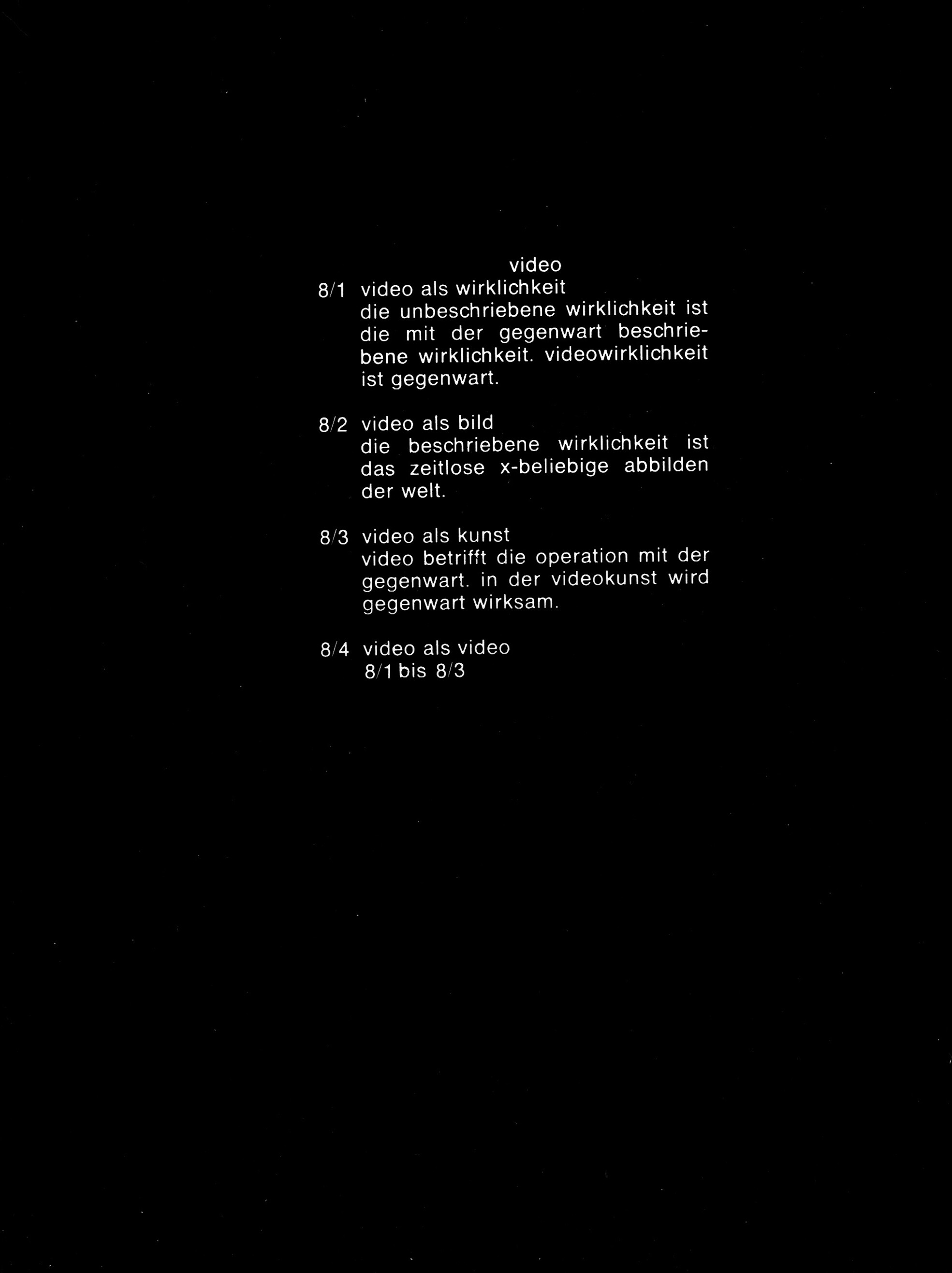 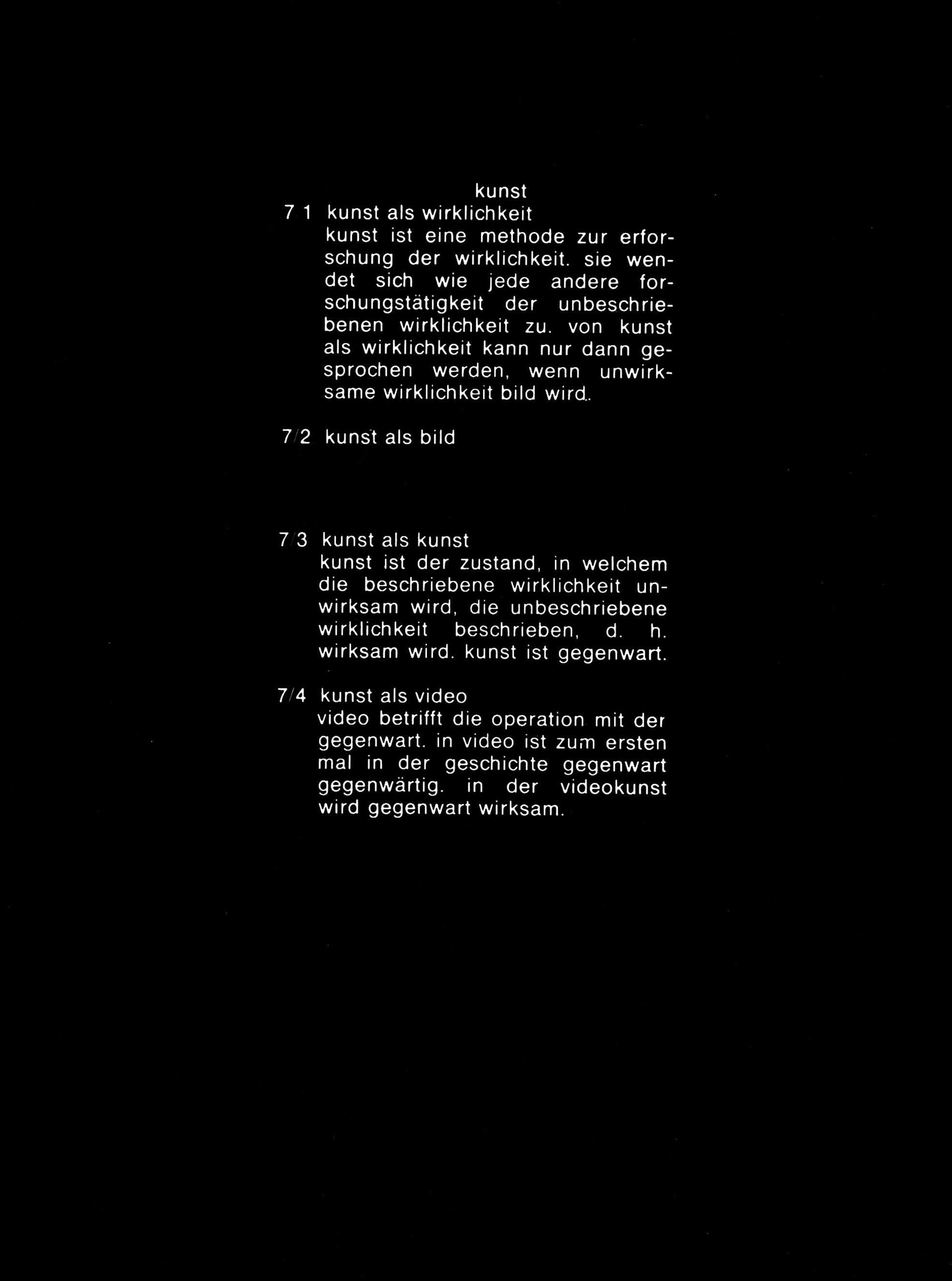 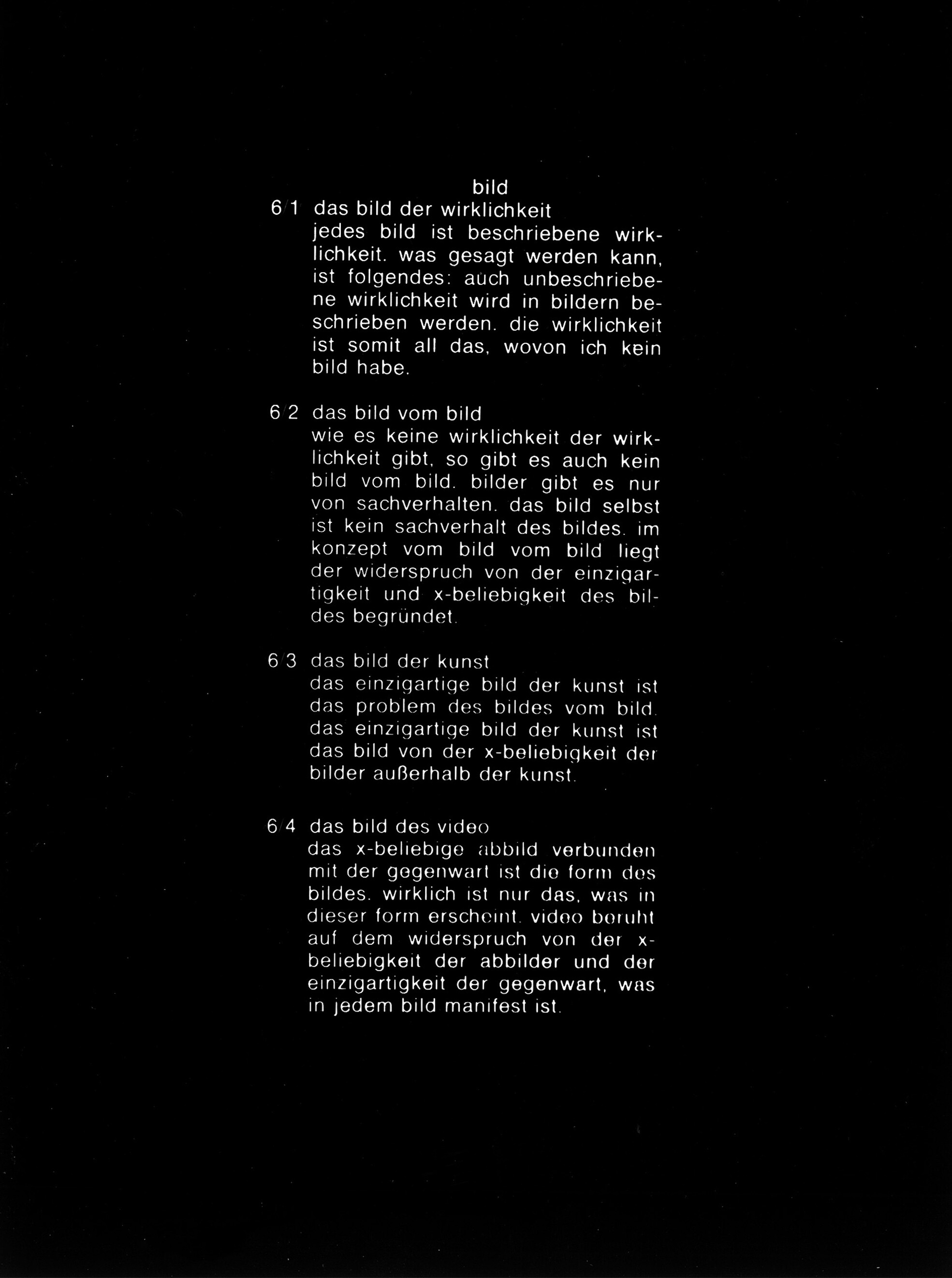